I’d normally start by saying that only a fool expects a consumer-based electronic device to give them accurate information about their health: that’s what having a checkup at the doctor is all about. But the effects of drinking alcohol are so insidious — and so ingrained into our culture — that few really realize how dangerous a couple of drinks at the wrong time or in the wrong situation can be. So yeah, I’m all in favor of using the best breathalyzer, or those portable Breathalyzer units, provided they actually worked. The trouble has been that the ones on the market have been sold more for their “novelty” effect. But while getting a bit tipsy might be OK at home, getting behind the wheel in an impaired state isn’t a joke. So having a quantifiable number staring back at you is a lot better than “guestimating” how you’re feeling. 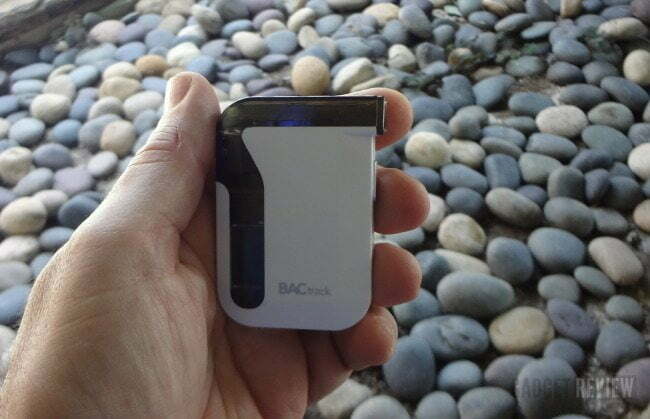 That’s why I feel good about using the BACtrack Mobile Breathalyzer. Granted it’s not keychain-sized small and requires a Bluetooth connection to an iPhone to function, but having a police-grade fuel cell sensor inside gives me confidence: of the various forms of sensors placed in these type of devices, those with fuel cells are used by professionals who expect accurate and consistent readings (these type of breathalyzers are also resistant to false positives). And there’s nothing involved or hard about getting a reading since all you’re doing is blowing into the device. Read the BACtrack keychain breathalyzer review if you need to learn about a different option that is ultraportable.

The BACtrack Mobile Breathalyzer is about the height of a smartphone, although much wider. It recharges via USB so I plugged it into an AC adapter and let an hour go by. In the meantime I download the free BACtrack app on my iPhone 5. 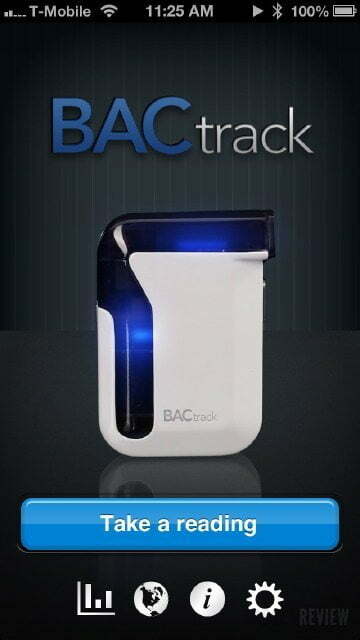 I needed to establish a baseline — what my BAC (blood alcohol content) is without any alcohol in my system. BACtrack says you should wait at least 15 minutes, so I gave it a 1/2  hour after breakfast. I turned the BACKtrack on and paired it to my iPhone’s Bluetooth from the app’s initial screen — which is a great convenience, although I had to do it each time. I clicked on “Take a Reading” and waited as an onscreen clock counted down the startup process.  When I was given the go-ahead, I took a deep breath and blew forcefully into the breathalyzer (remind me to use one of the included mouthpieces next time as they’re easier to clean off afterwards than the hole in the device) and kept doing it while a series of bars onscreen illuminated from bottom to top. The app stopped when they were all lit up. A few seconds then went by and the app gave me the results numerically as well as in plain English. It said that I was sober, which came as no surprise since it wasn’t brunch at the Hilton. You can also open up the BACtrack smartphone breathalyzer android devices review to find out more about another breathalyzer that uses a mobile app to help you track your results over time. 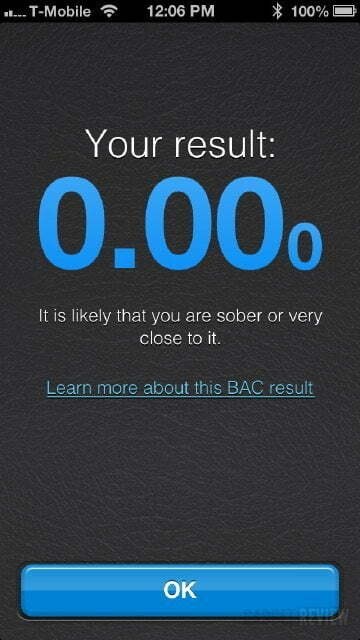 So I turned the breathalyzer off and left it in the kitchen until dinnertime, during which I consumed a bottle of beer. After the meal was over I used it again and saw that, while the amount of alcohol in me wasn’t massive by any means, the single bottle had been enough to be able to affect my behavior. I tried using my now being slightly impaired as an excuse to not do the dishes — no luck. 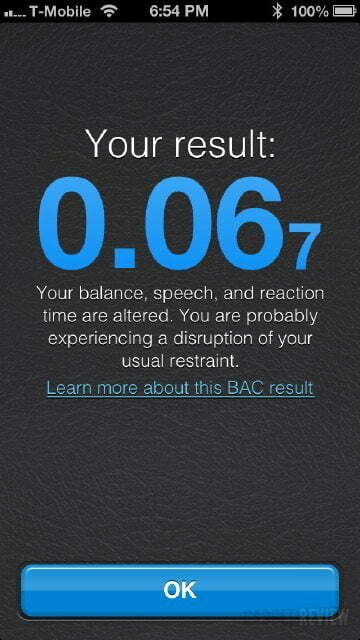 But the real test was when I went to a microbrew bar with friends to celebrate my birthday: read that as having them buy me beers. Plural. I took a reading after having consumed three beers and, no surprise, the reading showed that I wasn’t ready to go on the high-wire. I was also able to take a picture in app of one of the now-empty beer bottles to commemorate its contribution to my insides. The app also lets you share the results of your testing in a private message or to the public at large via twitter or Facebook — doubtful I’d be doing any of that. But it was interesting to see the satellite view that displays other user’s results worldwide, as was using the graphing function that tracked my alcohol consumption over time. And for those who drink regularly and care, the app also gives you an estimate of how long before your BAC levels return to normal. In my case it wasn’t happening before I left the bar, but since I wasn’t the designated driver, no big deal. But if I had been drinking alone, getting behind the wheel would have been a really, really bad idea as California’s legal definition of DUI impairment is 0.08% BAC. If I had been stopped while driving, I might have kissed my license goodbye. 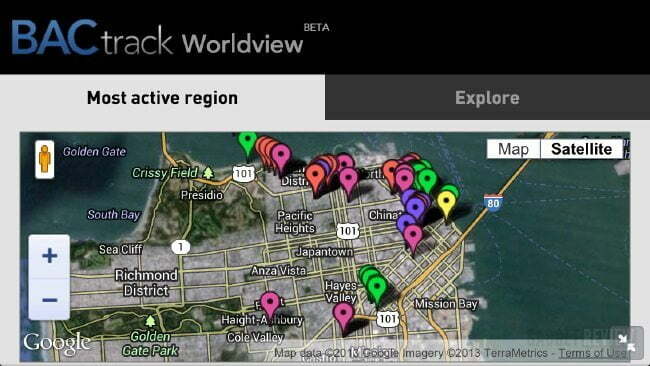 Bottom line: Alcohol affects your judgement, so having the cold hard facts of your BAC presented by a device you can’t laugh off as a “novelty” can help you make the right decisions about how competent you are. Because you’re using the BACtrack Mobile Breathalyzer, that decision could be as small as knowing you’re not as funny as you think so you keep that stupid, dumb joke bottled up, or as major as avoiding driving which could result in an accident where someone gets hurt or worse. The BACtrack is just a tool and not your mommy, but it’s an accurate tool that you can’t ignore. Oh and good luck using it to try and get out of a speeding ticket even if you’re sober. 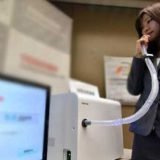 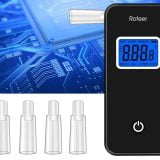 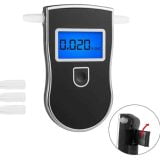 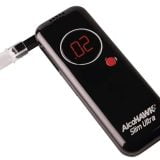 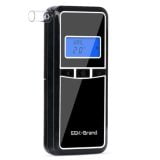 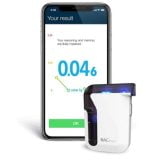