I hereby coin the term: “Invisi-PC”. It’s not quite in the cloud, but it’s so small–it’s hardly there at all.  The term “desktop” seems to apply less and less to the modern computer, as manufacturer solutions continue to lose weight. We now have mini-ATX sizes and HTPC sizes, for your diminutive computing needs. Apple says “Honey I shrunk the Computer even further” with their Mac Mini comp dealy. Not to be out-done, Samsung enters the fray with their equally diminished Samsung Chromebox announced just a week ago.

With little stealth or subterfuge, Samsung unashamedly places the Mac Mini squarely in its crosshairs. Each is focused on the pedantic penny-pinching sub $600 market.  Yet each offers a wildly different set of specs and features. Which is truly the better bite-sized bit-cruncher? That will be decided by our own hands-on evaluation. But we can definitely speculate here using what we know of each device–which brings us to: Two “boxes” enter. Only one can be victorious. FIGHT!

The design divergence between these two is centered on the target audience. Apple is aiming a trusted Apple enthusiasts with more disposable coin and a penchant for growth and upgradeability. Samsung is shooting for both frugal spenders and those tech tinkers interested in hacking up a mad storm with that malleable Chrome OS. Opting for the Mac Mini mean the option to upgrade memory via the Apple Store. Such is not the case with the Samsung Chromebox. The memory onboard stays onboard. It’s a shame. While both feature 4gb of system memory, the Mac Mini can be boosted to 8gb, which sinks the win for the Mac Mini. But don’t expect to do any high-end gaming or video editing with the Intel HD Graphics 3000 processor. For my money, Apple offers a version of the Mini with an AMD Radeon HD 6630M GPU and 256MB of dedicated GDDR5 memory.

Winner: Apple takes the design win with its upgradability and stylish facade.

Looking at the horses under the hood, the Chromebox is powered by an Intel Celeron B840 Dual core CPU clocked at 1.9GHz.  Apple sort of giggles at that with the Mac Mini coming in 2.3GHz – 2.7Ghz flavors.

At first glance one could mistake the two for siblings, if it weren’t for the logos. Each comes in that flat square box form factor with the rounded edges. The Mac Mini weighs in at 2.70 pounds with measurements 7.7 x 7.7 x 2.7 while the Samsung Chrome hits the scale at 2.45lbs and fitting in dress sizes: 7.6 x 7.6 x 1.3 inches.

Winner: Chromebox! It’s slimmer by an inch and just a tad lighter.

In an attempt to be future-proof, each shows an affinity for the niche crowd. Apple holds firm that the newish Thunderbolt data transfer connectivity feature, is the way of the future and has included it on the Mac Mini. Samsung caters to those looking beyond 1080p and opts for dual DisplayPort connections. These DP connections support 30inch displays and resolutions as high as 2560 x 1600. The Chromebox also supports the old DVI route for your display connection needs. The Mac Mini only offers HDMi display/TV connection.

Mutliple USB ports make the rounds on each box. Sadly, neither system offers USB 3.0 high speed option. Samsung wraps the Chromebox with 6-USB ports. Four are at the rear with two more on the side. Unfortunately all are USB 2.0. That’s true to for the Mac Mini’s 4-rear USB ports.

Completing the Mac Mini feature list is a IEEE Firewire port, Gigabit Ethernet RJ45 port,  an SDXC card slot for expanded storage options and ports for audio-in and audio-out. The Samsung Chromebox loses ground a bit with similar ethernet port but no support for firewire, SD media cards and there is a single unified port for headphone and mic. Some user setups will definitely require a port for each.

Winner: Hold on there, Tex! I love the 1600p resolutions capable with the Chromebox’s DVI and DisplayPort connections. But the muted graphic crunching prowess leaves one wondering “what’s the point?” Mac Mini takes another win due to expanded sensible feature set. I don’t care about Thunderbolt. But an SD card and Firewire are smart inclusions. Plus I for one need my audio input to be separate from output.

Two completely different ideas were at play for storage choices in these miniscule media devices. Apple has slapped a ubiquitous 500GB (rather slow 5400rpm) hard drive in Mac Mini. Apple says it can be “configure” to 750GB. There is a 256GB solid state drive option for much more coin. But remember, the Mac Mini offers SD card support for expandable storage in smaller chunks.

Samsung does a complete 180, offering a meager 16GB solid state drive for storage. Sure, this is a zipper offering than the Mac Min . Pair with the Chrome OS and you’re garaunteed lightening fast boot-up and shutdown speeds. But for expanded storage a combination of cloud storage options and external hard drives are undoubtedly what the future holds for the Chromeboxer.

Winner: Despite its lack of speed, the Mac Mini’s 500GB HD walks all over the speedy competition. 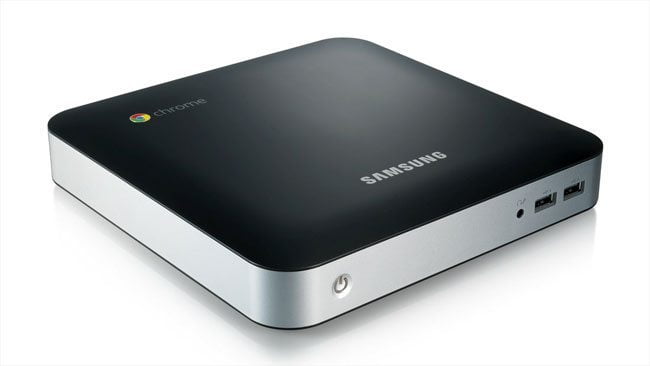 But wait! Here’s the pendulum swinging back in favor of the Chromebox. Lets face it, so far the box that Samsung built is looking kind of roughed-up by the Mac Mini. But the lower end Mini will run you $600 Vs. the Samsung Chromebox’s much more attractive $329.99. We’re talking a near-50% savings. So you must ask, “What’s it worth to ya?”  While you ponder that, lets hear it for savings.

In an ideal world these two would get hitched and combine features.  I means seriously… What’s the point of upgrading your Mac Mini with an AMD Radeon and a burly 2.7GHz Intel Dual Core, if it’s only kicking out that ubiquitous 1080p standard. I hate standards! Give me the aftermarket Radeon and the DisplayPort, with its enhanced vibrancy and the lovely 2560 x 1600 resolution that comes with a good 30inch monitor. Dare to dream, right?  In light of the split feature set, the Mac takes it. It is the most well-rounded machine with upgradability and a sense of purpose. I just don’t understand the Samsung Chromebox. DisplayPort, yes! Support for 2560 x 1600, hell YES! But where’s the gpu power to sufficiently foster smooth 1600p playback? It’s on the Mac Mini’s upgradeable higher end. Argh! So frustrating!

Ok. So, yeah, maybe I do understand the Chromebox! Sure, the Mac Mini wins. But if you want to ease your way into the ground floor of “-box” computing then the Samsung Chromebox is a really nice way to get your foot in the door. If you’re the type that has to do everything Big! and stlyish–going for the highest end right out the gate, then the Mac Mini is the only way to go. The remain unsure masses who are frugal with funds, the Chromebox is for you. 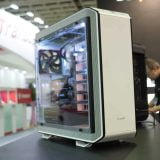 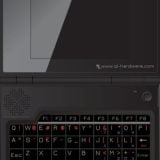 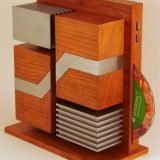 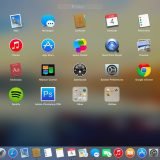 How to Speed Up Your Mac: 5 Insanely Simple Tricks to Give Your Sluggish Computer a Speed Boost 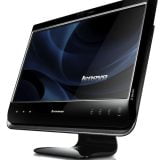