It’s hard to write an Amazon Prime Video review without mentioning the added benefits of Prime membership, but even on streaming alone it lands on our list of the best streaming services.

Why We Like It – Amazon Prime Video Streaming Service Reviews

Amazon Prime Video has steadily grown into one of the best streaming services available, in part because of its increased focus on producing original content. Yet, Prime Video offers so much more, with a ton of third party content available from other studios.

Related: Are you also looking for a smart TV? Check our Vizio Co Star review

Prime Video is a quick video streaming platform that’s accessible from many devices, like Fire TV, Apple TV, and even your phone or tablet with the Prime Video App. The video app is especially useful for watching content while travelling, as you can make TV shows and movies you want to watch available offline.

Like Netflix, Prime Video is completely ad free. Of course, you’re already paying for Amazon Prime, so it should be that way (though that’s not the case for every streaming service, like with the Hulu streaming service basic plan).

Prime Video is probably second to Netflix streaming service with the amount of original programming it produces, and it’s likely it will ramp that up even more. Several of Amazon’s original series have been award contenders, which is hard to say for most of Netflix’s original shows. Shows like The Marvelous Mrs. Maisel and Fleabag make the subscription worth it alone.

Related: Are you searching for a great TV show? Read our Atlanta review

Prime Video has had its growing pains, as it gradually grew out of the Amazon website on its way to becoming its own thing. Its user interface is still more awkward and less intuitive than the other major streaming services, but it’s still easy to use overall.

Recently, Amazon has added the function to have different user profiles on your account. That means that your whole family doesn’t have to share one profile just because you all share a Prime Account. It’s a welcome change that’s long overdue.

You also have access to Amazon Instant Video, which simply means that you can easily rent or buy any content not included with Prime Video.

A Prime Video membership could be a really great value if you subscribe to Amazon Prime. If you take advantage of all the benefits of a Prime subscription, like free two day shipping, then it’s well worthwhile. You can get an Amazon Prime membership for $119.00 per year, which includes Prime Video, that works out to only about a dollar more per month than just subscribing to Prime Video alone.

Two day shipping aside, the volume of on demand content is enough to justify the cost per month relative to other video subscription services. There’s so much video content right at your fingertips that you can definitely rely on Prime Video as your main (or only) video streaming platform.

Amazon has also added the ability to add other channels like Showtime and Starz for an added fee. You also can add some live TV options, and Amazon has started streaming some live NBA and NFl games as well. Though if you want most Disney streaming options, you’ll need to head to Disney+.

Amazon Prime Video is one of the best streaming services available, and that’s without considering the added benefits of Amazon Prime. You may as well give it a go with a free trial and see if it satisfies your viewing desires. 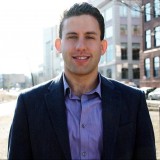