Many consumers utilize air purifiers to filter out a wide range of airborne pollutants in the air, especially allergens. However, when it comes to air purifier vs. cigarette, they may be surprised by the results. While air cleaning devices can help reduce smaller airborne particles, research suggests that the devices aren’t 100 percent effective. However, when it comes to smoke, any reduction in unhealthy air particles can be seen as an improvement, especially in cigarette smoke. Using the best air purifier you can afford is the best way to combat the problem of cigarette smoke.

What is Second Hand Smoke?

Secondhand smoke occurs in conjunction with cigarette smoking in proximity to others. This term refers to the smoke exhaled by the smoker and the smoke emitted by the burning end of a cigarette. Victims of secondhand smoke may experience various health issues, including stroke, heart, and lung disease. However, you do not have to be a smoker to encounter secondhand smoke exposure, especially if you’re in fresh air or have an air purifier.

The best way to avoid exposing others to second-hand smoke is to not smoke at all.

How Can an Air Purifier Reduce Particulate Matter?

Many air purifiers, such as the Austin Healthmate and Healthmate Plus, feature high-efficiency particulate air (HEPA) filters, which take the form of pleated mechanical air filters. The inventor designed these filters to remove a majority of airborne particles less than 0.3 microns in diameter. However, consumers should pay attention to the minimum efficiency reporting values (MERVs) rating attached to each product description, which measures the ability to capture larger particles from 0.3-10 microns. In addition, for these filters to operate correctly, you need to make sure you clean and replace your air filter periodically according to the manufacturer’s recommendations. You should also pay attention to the filter change indicator if your purifier has one.

Effectiveness of Air Purifiers on Cigarettes

Effectiveness of Air Purifiers on CigarettesOne study found that using four-speed HEPA purifier units over two months helped reduce smoke particulate matter concentrations by 30-70% and reduced the half-life of the same smoke particles. The decrease in concentrations depends on usage and the percentage of people smoking within the house. This study found that air purifiers significantly reduce the amount of cigarette smoke particles in the air within the smoker’s household when it was run on the highest filtration fan speed. However, the HEPA air purifier may not remove smoke-related odors on its own. Another thing to consider is the effect of air conditioners on air quality. Air conditioners can improve air quality like air purifiers, but they use a different mechanism. To learn more, check out our comparison of air purifiers vs air conditioners.

Why Use a HEPA Type Filter?

HEPA models help to reduce contaminants in the air at the highest level in all of the types of air purifiers, including their ozone counterparts. Ozone air purifiers, also known as ozone generators, often cannot remove particulate matter or affect any unwanted odor. In contrast, a HEPA air purifier sifts air through a solid material that traps matter inside. Additionally, these models filter particles larger than 0.3 microns and allow you to control the air purifier outside of auto mode or sleep mode.

An activated carbon filter, also known as a charcoal filter, can help absorb particulate materials, eliminating some odors caused by smoking. These carbon filters provide an excellent method for removing gaseous pollutants for odor removal. However, HEPA air purifiers are required to eliminate 99.97% of all airborne contaminants, though carbon filters have no such requirement. Additionally, if you are considering an air purifier with filters, there are two options to choose from: air purifiers with washable filters or replaceable filters. Make sure you know the difference and which one is best for you.

Second-hand exposure to cigarette smoke occurs when you smoke around someone else.

Why is a room air purifier for cigarette smoke recommended?

Air purifiers may help to reduce the particulate matter exposure for non-smokers in the room. However, it does not eliminate the chance of secondhand smoke, meaning the best option remains to refrain from smoking at all.

How do air purifiers for cigarette smoke work?

As the air passes through an air purifier’s filter, the filter materials reduce or eliminate airborne pollutants larger than 0.3 microns in diameter. This method helps reduce particulate matter but does not usually eliminate them.

Can an air purifier completely get rid of cigarette smoke?

No, most air purifiers cannot get rid of cigarette smoke because the particulate matter associated with cigarette smoking comes in varying sizes, including some smaller than even HEPA filters can catch. 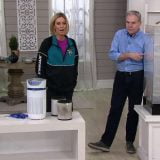 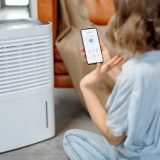 How to Reset a HEPA Air Purifier 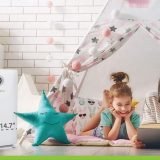 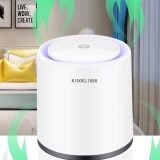 Which Air Purifier to Use When You Are Pregnant 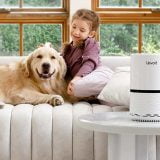