ActivePure Technology In Beyond By Aerus Air Purifiers

Those looking for the best air purifier for smoke have a lot of options these days. Below is another great machine to clean your home air.

They don’t just give this to anyone. Only 75 other technologies have received that honor in 30 years. So obviously they are in good company.

This tech was originally developed by NASA researchers at the NASA Commercial Space Center at the University of Wisconsin where they used it to reduce ethylene gas that interfered with potato plant growth experiments on the space shuttle in 1995. ActivePure denatured ethylene gas into simple carbon, hydrogen and oxygen molecules by pulling ambient ethylene-filled air into a chamber. The chamber contained a wavelength of ultraviolet light that interfaced with a titanium dioxide plate to create hydroxyls.

These hydroxyls oxidized the ethylene into its base elements and reduced it at the molecular level. In terms that those of us on Earth can understand, it converted ethylene gas into harmless carbon and water, scrubbing the air in a contained environment. If it is good enough for NASA and the space shuttle, it is going to perform amazingly in your home.

So that was back in 1995. How does the technology work today? The answer is, better than ever. The technology has proven effective on air and surface contamination and is almost 100% effective in the elimination of airborne and surface bacteria, viruses, mold, fungus, and volatile organic compounds.
These Volatile Organic Compounds include:
H1N1 (Swine Flu)
H5N8 (Bird Flu)
Staphylococcus aureus
Methicillin-resistant Staphylococcus aureus (MRSA)
E-coli
Ethylene

This Air Purifier Cleans Your Home

ActivePure technology is built into products like their Beyond Guardian Air and Air Scrubber Plus, and many others. You will notice the difference in air quality right away. Your air will be fresher and the surfaces cleaner, with an up to a 99% reduction in contaminants on surfaces, like kitchen sinks, keyboards, TV remotes, doorknobs, and carpets. Now that’s impressive.

Get your home cleaner with the power of air, straight from NASA to you. It makes their air purifiers sound like some kind of miracle, but it’s science. 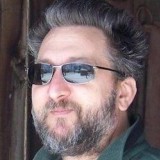 Conner Flynn
Conner has been blogging for major Internet websites since 2007, specializing in gadgets, robots, technology and gaming. Conner also runs his own sites Internetvswallet.com, Scifidesign.com and Creepbay.com. Conner also likes cats and movies, in that order.