There was a time when setting up an Internet connection was a time-intensive event — one that was backed up by the need to succeed despite the technology barring the way (and the ever-present reminder of just how much that connection online was costing you). For all the hoopla of wireless network speeds and the mobile devices using them, at the back end there still must be a “box” connected from the router (wireless or not) to a signal coming from an Internet Service Provider (ISP). Today the choices have drilled down to two: cable and telephone — which is to say a cable modem connected to a cable coming from outside the home, or a DSL modem connected to a telephone line. This could be the best router for your home.

Regardless of which type of modem you get, you’ll still have to “clear” it with an ISP to get it functioning. And while cable folks diss DSL because the telephone line takes around 10 days or more to be “turned on” for modem use, I recall how every time it rained the cable went out because a hub got wet — thanks, Time Warner! For a pro gaming WiFi router that is optimized for the lowest ping, check out our Netgear nighthawk pro gaming XR700 review.

So if I’m going to hook up a new Internet connection, I’ll stick with DSL, thank you. Of course, that does mean I’m within range of a DSL hub so I can get the signal and am willing to work through the process — puny compared to the bad, old days. And since the more components, the more chance of something going wrong — I’ll use Ationtec’s GT784WN Wireless N ADSL Modem Router for three reasons: first it combines the DSL modem and router into one compact unit; second it doesn’t require any registration or contact with the ISP as part of the setup’ three because it won’t take much more than the time I’ll be talking about it here to finish doing everything.

So I disconnect my DSL modem by pulling the telephone cable out from its back, removing the router’s Ethernet cable connection, and ditto to the power supply. I also do the same, more or less, to disconnect the wireless router I have next to it. And put both of them away for now.

I turn the GT784WN Wireless N ADSL WiFi Modem Router on and let the lights all go solid green — this takes about 4 minutes and most of the time spent is waiting on the DSL connection. I should add that if you don’t have the GT784WN Wireless N ADSL Modem Router’s power plug in an uninterruptible power supply, any glitch or outage that discontinues the AC to it will result in the GT784WN having to reboot. Since UPS devices cost under $100 if you’re getting a basic model not intended for a heavy computer or home use — there’s no excuse not to get one, especially since it’ll add surge and other electrical protection to whatever’s plugged into it.

Okay, now the instructions say you do one thing if you have AT&T service and another if you don’t. I do, but we’ll go both ways. First, since I’ve AT&T I just need to get the web browser on the iMac sitting on the desk over to the following coordinates: 192.168.0.1. I “would” select AT&T and after a few screens wait for an auto configure to go into effect. This would take about 4 minutes. I “would” then follow a few more screens before finishing and then opening a new browser window — repeating the coordinates to get a quick start-up screen. Then I enter the name/password and finish the process and am all done.

Because I already have the name/password — I skipped directly to the second part of the above process where I inputted the name/password only. But if you’re a first-time user of AT&T DSL, you’ve been given the info to work with — but it’s still up to you to go through the entire process to get the GT784WN Wireless N ADSL Modem Router up and running efficiently. For another device with similar features, check out the Arris Modem-Router.

Now for those without AT&T, it’s a fairly similar process, only you’re entering most of the info by hand (the GT784WN Wireless N ADSL Modem Router still must have time to detect the DSL service that is in effect).

Pretty darned well as it turns out. I’ve had the GT784WN Wireless N ADSL Modem Router connected for over 2 months and can’t see any area where it is performing poorly in comparison to the network components I was using before. Besides the physical amount of space I recovered by turning two components (modem, wireless router) into one, there’s also a savings (if small) for removing one AC plug from the equation.

But where I am impressed is in the consistency of the wireless service being provided — there haven’t been any drop-offs in the wireless network and the coverage of the “N” based WiFi is hitting all the bars of service pretty much throughout my location, which is a similar feature of the leading Belkin routers. Even outside and across the street from where the GT784WN Wireless N ADSL Modem Router is located. Pretty cool.

Bottom line: The GT784WN Wireless N ADSL Modem Router combines a DSL modem and wireless “N” router into a convenient and effective package. $69 retail buys you more than just a “twofer,” but a dependable connection to the Internet and a dependable wireless home network. 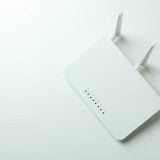 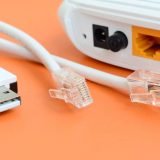 How to Add More Ethernet Ports to a Router 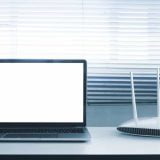 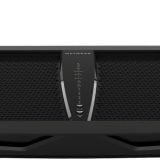 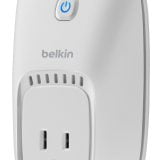 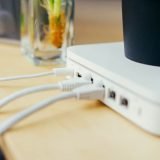