The Acer R13 is a chromebook with an identity crisis. Its build quality and display are in-line with what you’d expect at a much higher price point, while its internal hardware is all stuff you’d find in devices half the price. Its approach of cramming low end hardware into a mid-range chassis is a questionable one; it’s adequate for web browsing, but it’s very sluggish even compared to other similarly-priced chromebooks. Nevertheless, its low price, long battery life, and solid build quality makes it a strong contender for the best chromebook for writers in the budget sector if the Acer Chromebook 514 is unavailable. The Acer Chromebook R13 Convertible is a passable, cheap chromebook with a decent full HD screen, good battery life, and decent versatility thanks to its ability to switch between laptop mode and tablet mode. If a long battery life is important to you, another good option is the Acer Chromebook 715.

The display on the Acer Chromebook R13 Convertible is mediocre as far as IPS panels go, but much better than the 768p TN panels that typically plague this price point (the display on the Acer Chromebook R 13 is better and offers rich and vibrant colors). Viewing angles are solid and details are crisp, but it falls off in most other metrics; its brightness is only around 250 nits, which is fairly dim, and its colors are nothing to write home about, covering a measly 64% of the sRGB spectrum. This leads to a panel that appears dull and off-color, making it a poor choice for media consumption at that price. The Acer Chromebook 514 has a better panel (and, quite frankly, is a much better machine overall) at a similar price point, while the Asus Chromebook Flip C302 offers a similar panel and better hardware at a similar price point.

Battery life is by far the best aspect of the Acer Chromebook R13 Convertible; thanks to its very low end ARM processor and small, dim display, it’s capable of pulling around 11 hours on a single charge. This makes it suitable for long workdays, and it gives it an edge over high-end chromebooks like the Google Pixelbook i7, though you’re making concessions to reach those figures; to call the MT8173C sluggish would be a massive understatement.

Clocking in at 3.2 pounds, the Acer Chromebook R13 Convertible is merely average for its screen size. It’s not heavy by any means, but it’s weird size and density make it awkward for tablet use, which is one of its main selling points. It has support for the Google Play Store which in turn allows it to run Android apps, which gives its tablet mode genuine merit, but 3.2 pounds is a lot for a tablet and 13” stretches the limits of comfortable tablet usage.

Durability isn’t an issue for the Acer Chromebook R13 Convertible in terms of general longevity. Its aluminum chassis is well-built and durable, while overall build quality is excellent; if not for its large bezels and subpar display, the Acer R13 could easily be mistaken for a higher end machine. Its long battery life also means the battery will age decently, as it should pull solid figures even after a few years when degradation has set in.

Input selection is, for the most part, very lacking on the Acer Chromebook R13 Convertible. You’re looking at a single USB C port (that doubles as its charging port) , single USB A port, a microSD card slot, audio jack, and–surprisingly–HDMI out; more USB ports would have been very nice to see, but HDMI out is rare on chromebooks and should be applauded. Its backlit keyboard is quite solid, featuring good travel (around 1.6mm) and providing an overall comfortable typing experience.

The Acer Chromebook R13 Convertible, while lacking in many areas, excels in build quality and battery life. However, its choice of CPU is something of a letdown; I’m not expecting an Intel Core i7 or anything of that caliber, obviously, but a Core M CPU or even a Pentium would have gone a long way in making it a better product. Its mediocre screen hampers its usage for media consumption, and its bulk makes it a poor choice as a dedicated tablet, though if you can cope with the size or you want the versatility it’s still a great choice. If you’re only interested in its multimedia tablet capabilities, you’re likely better off trying to find good deals on an older flagship Android tablet; the Galaxy Tab S6 in particular has gone on sale for cheaper than this chromebook has, though it of course provides a much worse laptop experience due to Android’s heavy limitations. If you can spend extra on the Acer Chromebook 514, it’s a better pick thanks to its similar build quality and versatility coupled with a better screen and significantly better internal hardware, but if you can’t step up, the Acer Chromebook R13 Convertible is a solid pick, especially if it’s on sale. 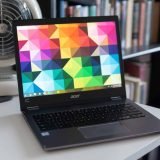 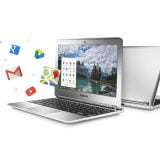 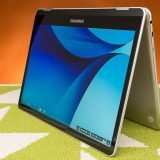 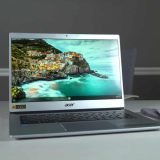 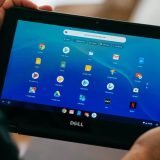