Apple’s Maps program for iOS 6 was considered a major fail on par with the Obamacare website roll-out… initially it offered up users blank grids in the middle of well-known areas, roads to nowhere, bridges to certain death, misidentified locations, and a surreal mix of of wavy roads and landmasses.

Yet, in the year or so since the launch, the Maps service on iOS has greatly improved (as most serious analysts knew it would) with greater accuracy and more features. Lately, Maps on iOS has begun to make serious dents in the usage of Google Maps for iOS, and the Apple faithful have flocked to it in increasing numbers, especially since the release of OS X Mavericks made it possible to share driving directions with its Maps application for Mac.

While Apple doesn’t typically provide obvious instructions, the program is pretty intuitive to figure out; nevertheless, some may still find it reasonably confusing enough to warrent a little instruction… so here’s a step-by-step guide for getting directions generated on Mac Maps to your iPhone or other iOS device.

From the Launcher, Dock or Applications folder on your desktop or laptop Mac, click on the Maps icon. You must allow Maps to find your location via the Location Services preference settings. Once that’s enabled, you’ll see a familiar arrowhead in the menu bar. Maps will then immediately find your current location.

Right there in the Maps window is the Directions button… click that, and you’re ready to rock n’ roll.

On the right hand side, you’ll see a menu frame with a place to enter Start and Ending location addresses (or sites, business establishments, anything from the Contacts address book, etc.). If you’re familiar with Mapquest, Google Maps, and other services, you’ll be on familiar ground here.

Once you’ve entered that info (it should automatically appear after you tab out of the Ending field), you’ll have a choice of routes and whether to walk or ride. Whichever you choose, the next step is to toggle the Share button, and choose which mobile iDevice you wish to send the directions to (so long as they share the same Apple ID).

Once you’ve chose which device to send to, simply open the Maps program via iOS for your iDevice. The device should have received a push notification regarding the shared directions… that’s it, voila! You’re done… Enjoy your trip! 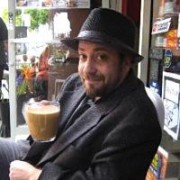 Amp Kicks Up Your iPhone’s Sound