Under the hood is a fire breathing hand built 5.5l V8 hopped up on steroids thanks to not just one, but two turbos.  Horsepower is as astonishing as is the torque.  The stock E63 has 550hp and 531 lb-ft of torque.  Child’s play.  We had the S version, which pads those figures to  577hp and 590 lb-ft.  This rockets the E63 to 60 mph in 3.5 seconds – perhaps even faster – thanks to its super quick shifting 7-speed gearbox and AWD system which distributes 67% of power to the rear. If you don’t need this much power, take a look at our 2013 Kia Sportage review.  There is also a limited slip differential which will get you through the bendies all the faster, as it adds what is said to be up to 30% more traction.  Fold in Mercedes’ torque vectoring system that brakes the inside wheels to reduce understeer, and you’ve got a very race capable street legal car. If you really like the Mercedes, you might want to read our Mercedes AMG C63 review too. If you’re not sold by the Mercedes, take a look at the 2014 VW Beetle R Line. Or, for a throwback, you’ll definitely be interested in our review of the original Volkswagon Bug goes electric with a new conversion. 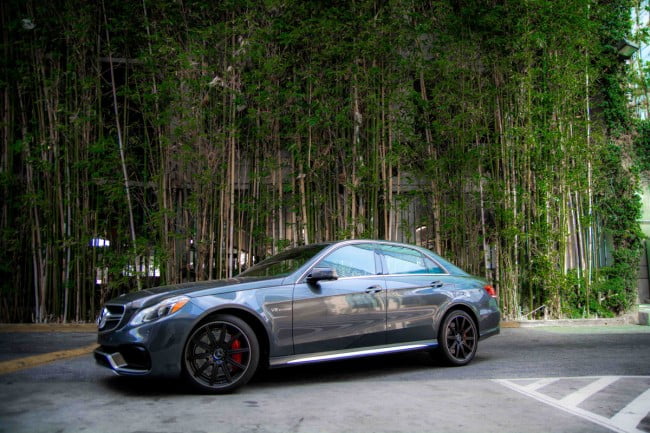 My review car, with a price tag just north of $106,000, boasted just about all of the bells and whistles one could dream up.  This included a Designo interior, sensors for parking and monitoring the road, a 7-inch infotainment system, and a fairly well balanced Harmon Kardon system that connects to your smartphone via Bluetooth. This car has a lot of power, so take a look at the 2013 Nissan Altima review for a more moderate option.

There is also a special driver’s seat with a dynamic bolstering system that not only massages the lower and mid back, but will move in accordance with the vehicle’s direction of travel.  At first it’s a bit off-putting, and for those looking for a more traditional setup, fear not, as you can set it in place. If you can’t afford the extra features that come with this Mercedes, take a look at our 2014 BMW 435i review instead, and also check out how the BMW EnLighten App lets drivers see countdown to traffic light changes.

In the back is an accommodating back seat.  Yes, it’s usable by more than the short and nimble.  The trunk is large enough for more than a carry-on or two, which means airport pickups aren’t out of the question.   Try and do that in the C63, the E63’s smaller, more trail happy little brother. Or, if you want to upgrade to a newer model, you’ll want to read our 2017 Audi Q7 review. 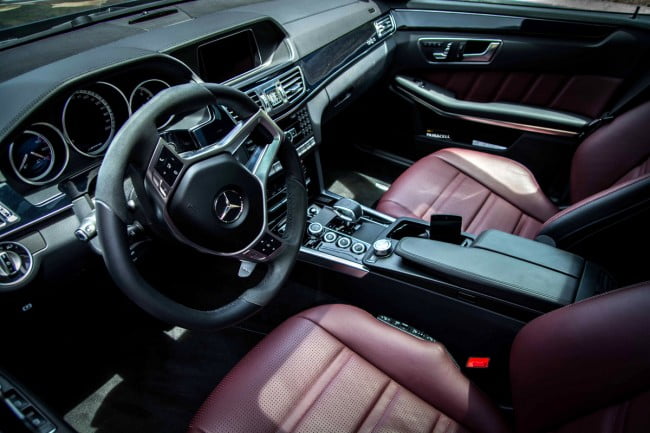 In fact, that might best explain how the E63 behaves on the road.  It’s easy to drive thanks to the longer (compared to the C63 wheelbase) wheelbase and all-wheel-drive system.  The steering at low speeds leaves something to be desired, but as with many of these cars, get them up to speed and all of sudden it feels just right. If you want a sports car that’s a bit more of an older model, you might also want to read our 2013 Jaguar XF 2.0 review.

And while you can’t modify the steering’s tightness – it seems to be variable based on speed – there are a set of buttons allowing you to “remap” the throttle and shift points, as well as tune the suspension for the road that lay ahead.  In other words, options go from chill to berserker, and then some where in between.  But at no point do any of them feel too muted or standing in the way of the driver.  Moreover, the ESC, electronic stability control, can be augmented allowing the torque vectoring (Sport +) system to be turned on and off as needed. If you love smart car systems, have a look at our review on how the Audi travolution project predicts red traffic lights. 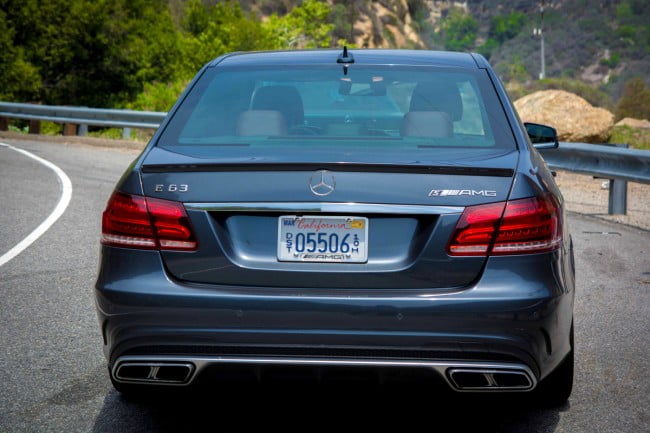 That all said, there is very little that is standard about the E63.  The interior is opulent, in part thanks to the Designo customization options.  My car was adorned in a dark red leather, and while the black pieces on the dash felt like plastic, the Designo badging is more than engrossing to keep passengers’ eyes darting around the cabin.

But it’s not all a visual cacophony of opulence and awesomeness.  The E63’s engine sounds are beyond eargasmic and the ride variation, thanks to all of the user selectable options can instantly transform it from smooth and silky to connected and engaging. 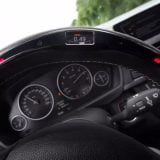 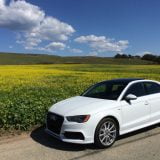 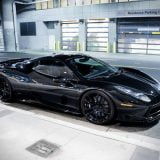 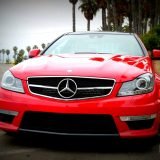 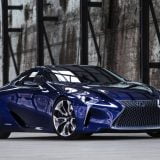